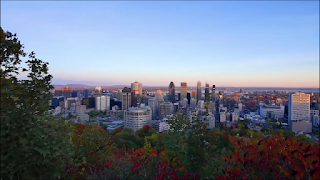 With its over four million of population in Montreal's metropolitan area, Montreal, the only French-English bilingual city in North America, is an unique blend of European charm and exicting urban vibe. Many know that Montreal was named a UNESCO city of Design since 2006 and North America's leading host city for international association events since 2011. But few have discovered the value and hidden potential of Montreal, as an investment destination. Indeed, Montreal has many merits and virtue, here below some of its strengths for value investors. Canada is stable The 2008 world financial turmoil has proved the Canadian bank system is one of the strongest worldwide among the G20. Canada's commercial, economical and political risks are ranked second less risky on the Global Risk Indicator over 131 countries worldwide. Even Standard & Poor's and Moody's kept Canada's credit rating at AAA during the crisis, unlike the rest of the G7 members. Housing a
Post a Comment
Read more 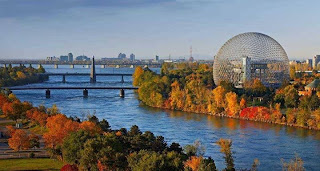 A city of United Nations During his recent visit to Montreal, Ban Ki-Moon, UN Secretary General praises Montreal as an international city, an UN city. Montreal is one of the eight cities where a specialized UN agency is located. The International Civil Aviation Organization (ICAO) is in Montreal since it was founded more than 50 years ago. But Montreal also hosts other head offices of international organizations related to the United Nations, such as the UNESCO Institute for Statistics , the  Multilateral Fund of the Montreal Protocol and the Secretariat of the Convention on Biological Diversity , Montreal is without doubt the UN city of Canada, the UN city of the world. Most affordable and best city While Vancouver is the  world's most unaffordable housing market  just behind Hong Kong, Montreal is ranked  second most affordable city  for the 15-29 years old in the world by the  YouthfulCities Affordability Index , an annual world-spanning analysis of the largest metrop
Post a Comment
Read more